We implemented and are currently maintaining a high-available Sun Portal Server setup for one of the local university. 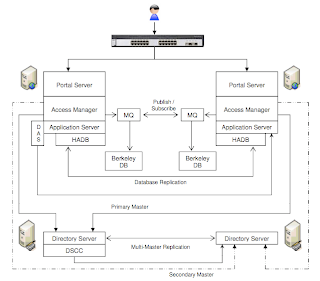 As you know, Sun Application Server generates a lot of logs depending on your setting.

If you are maintaining the server, you would probably know the following directory to housekeep:
/var/opt/SUNWappserver/nodeagents/instance1/node2/logs

There is a sub-directory "access" that is generating tons of logs because a typical web/application server needs to track access. Therefore, this is usually the first directory to housekeep.


This is it? Simple!

How to counter Hotmail and Gmail free mail service?

It has been a very busy month. It's great to be busy! Ha.

Today, my colleague brought me to attention the new offering from Hotmail. Microsoft highlighted that this is the next generation of personal email.

The new release of Hotmail targets the following 4 core areas:

Some of the highlights are:

With Hotmail, we’ve combined the simplicity of sending photos through email with the power of Windows Live SkyDrive so that you can send up to 200 photos, each up to 50 MB in size, all in a single email.

Just as you do with photos, you can send up 200 Office documents of up to 50 MB each. Send PowerPoint presentations embedded with videos, Word documents rich with images, and more.

Amazing! The storage vendors are earning big bucks from Microsoft. :)


Anyway, we have our own OpenMail.SG offering. What should we do? Go panic and offer the same as what Microsoft or Google offer?

How to? Being small, you do not confront your enemies with your weakness. This is from the famous Sun Tzu Art of War.

Our direction should be very clear: We do not react by lowering our price or offer features which we are not financially capable of offering.

The key to retaining our existing customers and winning more customers is: Customer Service.

If you treat your customers well, there is no reason for them to leave you. Cost is secondary.

I was reading an article from SymLabs - How Symlabs Virtual Directory Server Ensures 99.999% Uptime For LDAP Directory Access.

Note: Most load-balancers also support simplistic health-check mechanisms, either based on the "ping" availability of a server, or a simple TCP connect. This health-check mechanism must NOT be used, because it is not reliable enough to verify whether any Virtual Directory Server instance is truly running. Instead, one of the two previously listed methods should be used.

HTTP GET and LDAP Search are recommended.


In a highly available deployment, there is usually a hardware load-balancer in front of the multiple Sun Directory Server instances. Similar deployment. Similar health-check should be applied as well.

Now that Oracle comes along and it already has Oracle Beehive, we still do not know the fate of Sun Messaging Server. More about Oracle Beehive here.

Anyway, over the years, the only complain I received is that monitoring of Sun Messaging Server is not intuitive. Everything is via CLI (command lines).

Ideally, there will graphs and alerts and everything can be monitored via GUI. 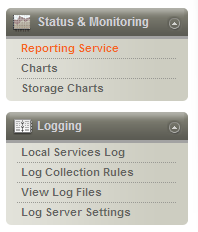 Something like what AXIGEN Mail Server provides. The Status & Monitoring and Logging are manageable via GUI.
It'll take time for Sun Messaging Server to provide a web-based monitoring system. Maybe it might never happen at all.
For the time being, the following CLIs are helpful in my day-to-day work:
1) Monitor Messaging Server components using "immonitor-access". Health check using connection time
Monitors: LTMP, IMAP, HTTP, LDAP, SMTP

In my work, I used to deploy applications on Sun Java Systems Application Server. That was in the Sun AS 7.x/8.x/9.x days.

7.x was not very fantastic. But starting from 8.2, the core engine got stabilized and using Sun AS was a breeze. Of course, HADB continued to be a nightmare! :)

9.x became even more attractive when In-memory Replication was introduced. This feature should have come earlier.

Come on, how many customers really need 99.999% availability that HADB promises? In-memory replication is good enough. (I mean for most customers. It's cost-effective and easier to manage.)

Slowly, Sun AS 9.x was rebranded to GlassFish Enterprise Server. The stable release is in 3.0 currently.
It is really a good and cheaper alternative to WebLogic Application Server.

Well, then Oracle comes along and declares Oracle WebLogic Server as the Strategic Application Server.

GlassFish Enterprise Server is now considered by Oracle to be only ideally suited for applications requiring lightweight infrastructure with the most up-to-date implementation of enterprise Java.


But at least, the product will not be EOL. The latest roadmap at least promises Coherence to be integrated into version 3.1. 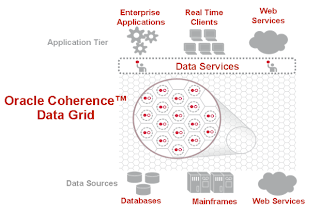 The catch is - you need to pay for Coherence to be integrated. Otherwise, use Shoal Clustering.
I think this is better than nothing.