I managed to capture 2 graphs taken during the load-testing sessions.

With embedded OpenDS in a 12-nodes OpenSSO environment, there will be consistent spikes happening at 15-20 mins interval and subsequently 25 mins ... (that was when I issued a thread dump and realized there were numerous threads related to OpenDS replication service)

Ideally, we would prefer the following graph. Consistently flat. Spikes at 15-min and 26-mins though, but minor enough to ignore. Still trying to further tune.

PS: Getting the almost flat graph above is not totally contributed by moving the embedded OpenDS to external Sun Directory Server. There were some other tuning made.

I was performing another round of performance load-testing for a customer in Singapore last week. The target was to achieve 10,000 concurrent hit per second (yes, it is a tall order) and the load must be sustained for 1 hour.

The setup was a pretty old version OpenSSO 8 Update 2 Patch 4. The embedded OpenDS was even older. It was still OpenDS 1.0.0. Why no upgrade? Well, better dun ask. Political lah.


So during one of the spikes, I executed a thread dump. And the following was observed: 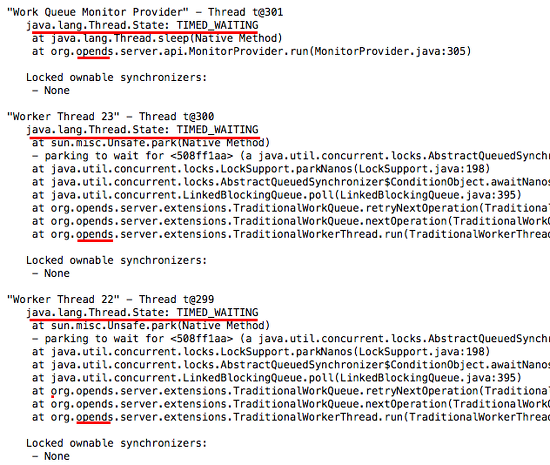 At that point of time, we had 12 x OpenSSO servers running, with embedded OpenDS. Me bad, I know. Lazy bum me!

No choice, I made a decision to switch out from 12 x embedded OpenDS to 3 x external Sun Directory Server 7. Political again, dun ask me why you never this.. never that.. :)

Immediately, we could see the effect. The NLWP (Number of Light-Weight Processes) decreased from high-300 to mid-200 upon application servers restart. Pretty good improvement.

At least, the graphs looked flatter.

We are now on our last mile... I think the reverse-proxy servers are over-loaded. Adding more hardware at the moment... Hopefully, we can achieve the expected result in a week or 2!

PS: My friends at ForgeRock also confirm that a deployment of  >4 OpenAM instances with external OpenDJ as the configuration store yields better performance. It is largely due to the meshed replication setup. Also, using the latest version of OpenDJ (2.6.0 at the moment) will help as well. OpenDS is far too old. :)

Posted by Chee Chong at 1:09 PM No comments:

I have just integrated SSO between OpenAM and Splunk in our intranet. I must admit this is the simplest integration I have performed so far.

I took references from the following 2 links by Indira.
1. Splunkweb SSO
2. SSO Story: Splunkweb and OpenAM/OpenSSO

(Note: The instruction was not that clear though. A little tweaking is required. Minor though)

What really impressed me was the SSO debug page.

It was able to clearly indicate what SSO settings have been configured and what HTTP headers have been passed over from the OpenAM via the Policy Agent. 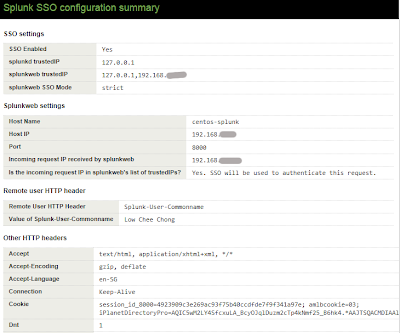 Posted by Chee Chong at 8:05 AM No comments:

OpenAM with HOTP and OATH and Microsoft SharePoint

If Microsoft SharePoint is integrated with OpenAM, we know that the Password Replay feature is required. 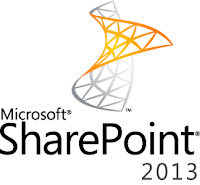 Another thing to note is that Authentication Chaining (e.g. AD followed by OATH) will break the Password Replay support.

This is because the password from the AD module is not carried over to OATH module. And thus the OATH module cannot pass over the password to the Password Relay Post Authentication Processing module.

You'll get a HTTP 403: Forbidden error when trying to access a SharePoint page.

There is a workaround though.

Step 1: Do not use Authentication Chaining

Step 2: In each HOTP and/or OATH module, set the Authentication Level to higher than 0. e.g. 10

Step 3: Create a Condition - Authentication Level in the SharePoint Policies.

Step 4: Set the Authentication Level to 10.

Now, of course, this implies all policies have to be configured the same.

Posted by Chee Chong at 7:57 AM No comments:

OpenAM with HOTP and OATH

This week, I have a little free time of my own and am able to continue my exploration with OpenAM. I know that HOTP (HMAC-based One Time Password) and OATH (Open Authentication) features are available in OpenAM 10.1-Xpress. 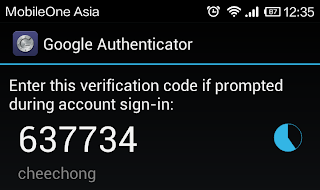 These 2 features are what customers have always been looking for, especially the financial institutions. It's great that the features are now supported out-of-the-box!

So, I went ahead to implement these new features into our existing OpenAM infrastructure.

All staff has to key in their user name and password first. 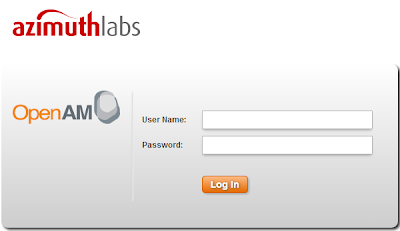 Subsequently, they will be challenged again for 2FA. 2 choices are given - HOTP which will fire an email with the OTP code; OATH where staff is to configure Goggle Authenticator on his/her mobile device.

Posted by Chee Chong at 1:50 PM No comments: 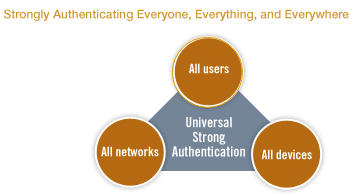 And there is a nice wiki which illustrates how to integrate OATH authentication module with Google Authenticator. (Read here) That gets me interested! I could implement this for our company's intranet portal which is protected by OpenAM. 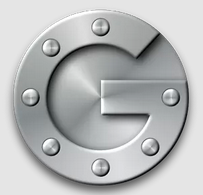 As mentioned in the wiki,

The key attributes we need to set for Google Authenticator are:

Now, one thing to take note is: besides keying in the Secret Key attribute into the LDAP server ("title" is used in the example), one has to key in a default value for Last Login Time attribute ("description").

Otherwise, you'll hit into the same error as what I had encountered:

This will always happen for the initial login after OATH is configured because the attribute is empty. The code could have been better written to take care of this special scenario.

I mentioned about Replication Gateway feature from OUD.

Is this the only way to replicate data from Sun Directory Server Enterprise Edition to OpenDJ or OUD? 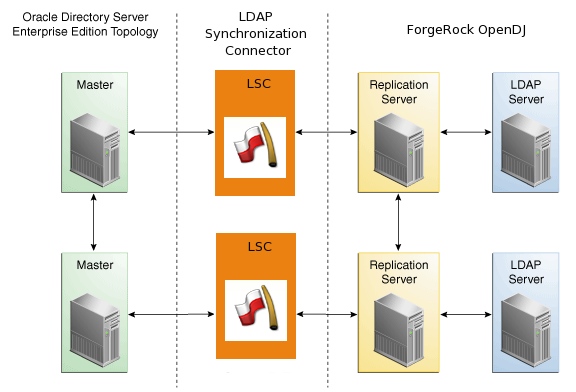 There is this free tool called LDAP Synchronization Connector.

Ldap Synchronization Connector synchronize data from any data source including databases, LDAPdirectories or files by reading, transforming and comparing these data between the source and the target referentials. These connectors can then be used to continuously synchronize a data source to a directory, for a one shot import or just to compare differences by outputting CSV or LDIF format reports.


In Azimuth Labs, we have used LSC on production sites when we migrated our customers' data from Sun Directory Server to ForgeRock OpenDJ. It works like a charm!

The planned OpenAM 10.2 release has been dropped. Instead, OpenAM 11 will be released in this quarter. 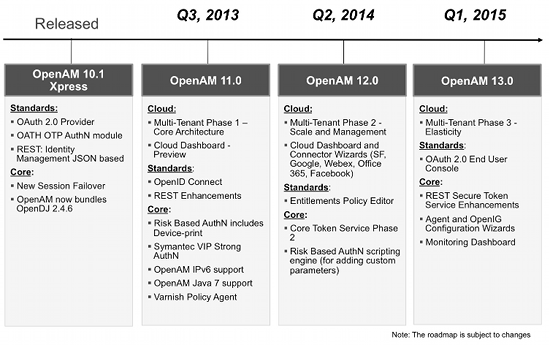 What can one look forward to? The detail is here.

To most of my customers, the following 3 items are their top priorities:

Posted by Chee Chong at 8:57 AM No comments:

This question keeps repeating the ForgeRock user forum. I think I might as well paste it here in case my customers ask me the same. 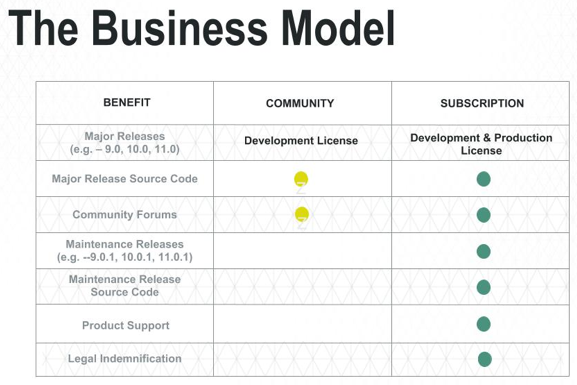 To be honest, this is fair model. The engineers also need to feed their families. We can't expect every single piece of source code be made publicly available.

Most of the time when I deployed OpenDJ server and wanted to use OpenDJ Control Panel to connect to it, I'll run the control panel from my laptop or desktop. 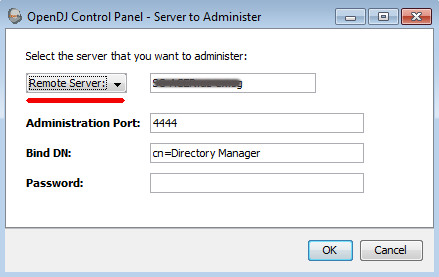 And I do not usually install a OpenDJ server on my laptop/desktop because there is really no need to. So, I'll download the OpenDJ ZIP for a particular version of OpenDJ, unzip it, go to the bin or bat folder and run the control-panel executables. And I'm done!

Not with OpenDJ 2.6.0 .... there is no response when I run the control-panel executable.

After figuring it out for a while, I then realized I need to run the setup executable first. Once that's done, the control-panel will then work.