I blogged about OpenDJ with Data at Rest Encryption Solutions few weeks back. The POC was carried out with OpenDJ 2.6.

OpenDJ 3.0 has recently been released and the test equipment (SafeNet Data at Rest Encryption appliance) is still in our office, why not let's run a test again OpenDJ 3.0? :)

In OpenDJ 3.0, there are 2 local DB backends to choose from: JE (Oracle Berkeley DB Java Edition - 2.5 version) and PDB.


The throughtput for search operation is faster in OpenDJ 3.0 as compared to version 2.6. The response times are also slightly faster. 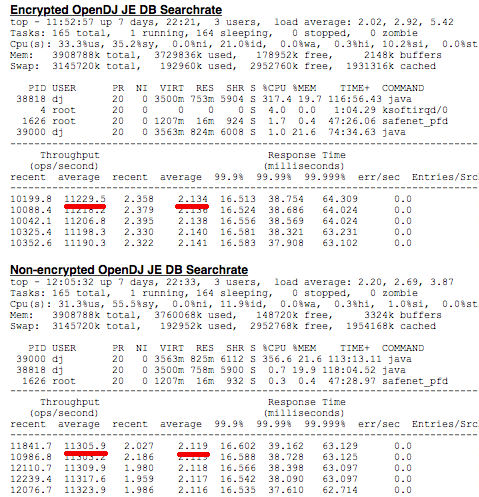 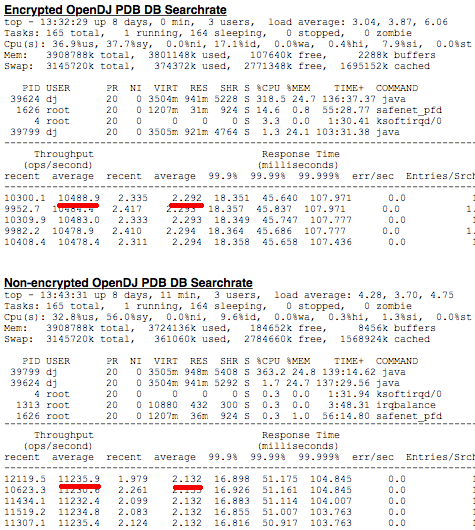 For write operations, the difference in throughput is not big. In fact, PDB performs worse. (Hmmm... Maybe need to ask my colleague to re-run the test again) ..


The difference in response time is also not big. Again, I might want to re-run the test for PDB again. Or maybe some tuning is required. Not sure, it's something new to me. :) 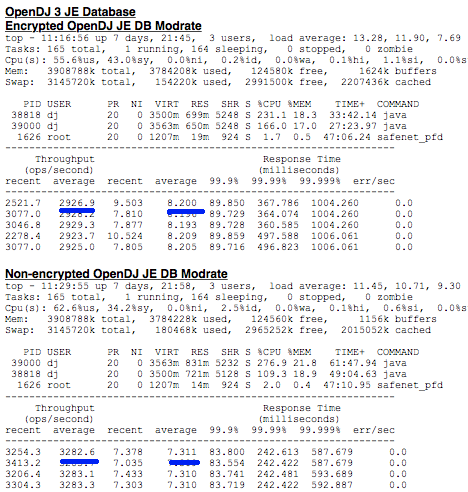 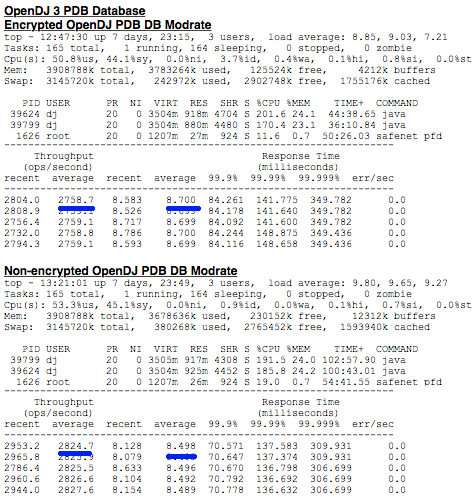 Email ThisBlogThis!Share to TwitterShare to FacebookShare to Pinterest
Labels: OpenDJ