During the Open Identity Summit, we were presented a pre-release version of the upcoming Open Identity Bridge from ForgeRock (due to be released later half of this year). 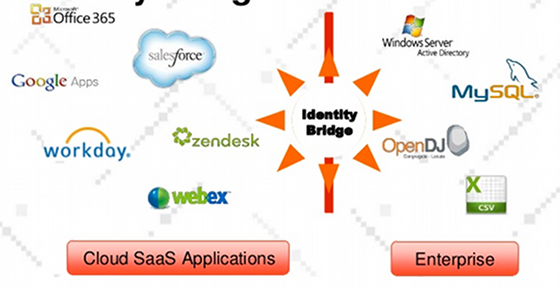 To me, this is a very cool product. Technically, it is nothing too complicated. It is actually "lego"-ly built from ForgeRock OpenIDM/OpenICF (for Sync/Recon) and OpenAM (for Single Sign-On).

Who is the target customer?

Any corporate enterprise that has a Microsoft Active Directory where all their staff information are stored. In addition, the typical business applications are all cloud-based (e.g. Salesforce for CRM, Google Apps for emails).

PS: Of course, the directory need not be a Microsoft Active Directory. (But, yes, typically 80-90% of the enterprises are using AD)

How to use Identity Bridge?

Instead of deploying a standalone OpenIDM to provision users and then deploying another standalone OpenAM to establish federations among the various cloud applications, Identity Bridge is installed and configured to do the same job, within minutes.

The installation and configuration is so simple and the software itself is so light-weight. The intuitive UI is the winner, IMHO.

I hope I can show you more of the Identity Bridge, but I only have the following login screen to show for now. :) 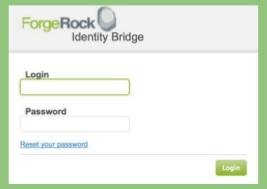 But, believe me, it's very cool!